This is certainly one of the finest small collections in Britain. Most of the paintings on display are prime examples of the artists' work.

The collection was founded in 1932 by Lady Barber, the widow of Sir Henry Barber, a wealthy property developer. Lady Barber died soon after the endowment was finalised and it fell to Thomas Bodkin, a former director of the National Gallery of Ireland, to embark on the purchase of works of art to fill the building. Viewing the fruits of his labours, together with successive directors, it is difficult to imagine that a more representative collection could have been amassed for such a relatively modest space or that the paintings on display could have been bettered in terms of quality.

The guiding principle used for building the collection has obviously been never to acquire two paintings by the same major artist but to concentrate on the best example possible from a range of great painters so as to create an overview of western art. This policy has produced a wonderful experience for the visitor. A Giovanni Bellini is followed by a Luca Signorelli and a Jan Gossaert. A little further and one comes across a magnificent Veronese. The seventeenth century gallery is home to an extraordinary rich assemblage featuring two Rubens (OK the policy seems to have erred a little with Rubens) – a sensational landscape and a portrait. Frans Hals, Aelbert Cuyp and Jan Steen follow and then a Poussin and a Claude Lorrain. An arresting Vigée-Lebrun portrait of Countess Golovine is the highlight from the eighteenth century.

But the nineteenth century tops the lot: 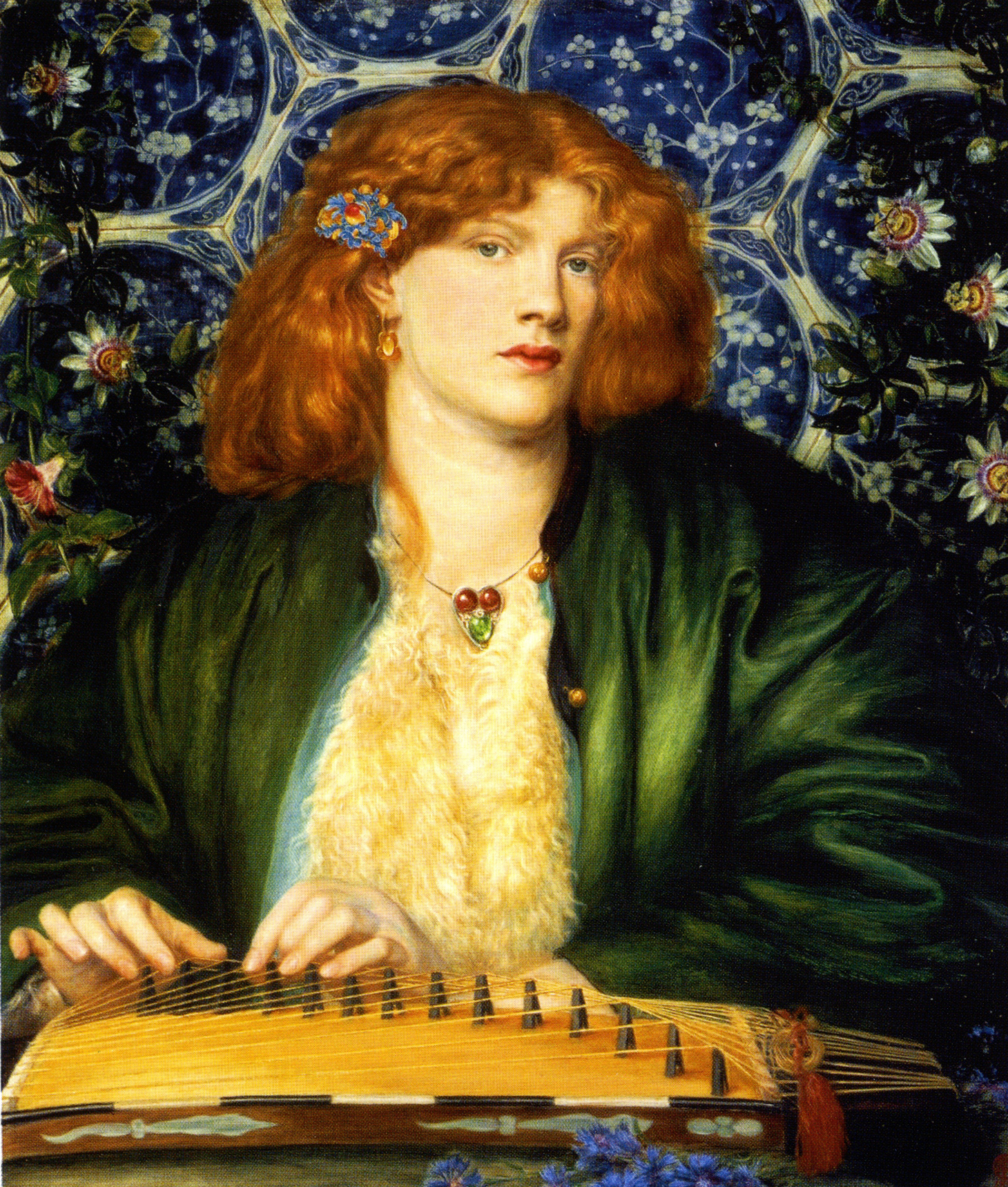 One of the most beautiful Rossetti portraits you will ever see was commissioned by a dealer as Rossetti wrote in April 1865: ‘I’ve begun an oil-picture all blue, for Gambert, to be called “the Blue Bower”’. It features his housekeeper and mistress, Fanny Cornforth whose famous shock of flame-golden hair is set off against her emerald green garment (a fur-lined cloak?) and a background of oriental hexagonal blue tiles, featuring white blossom – the combination is stunning. In the extreme foreground one can see a posy of cornflowers – a reference to Fanny’s name. Passion flowers can be seen growing over the blue tiles as well as a single convolvulus bloom. Critics have seen these flowers as a reference to Fanny’s supposed passionate nature. One moralising nineteenth century critic observed that the painting ‘exhibits fires which… are not those of chastity’. To me, Fanny seems to stare out of the picture as if to say ‘any problems’?

Fanny is plucking a Japanese stringed instrument called a Koto – possibly a strange inclusion in such a portrait – but the painting was made at the height of Japonisme when all things Japanese were wildly fashionable in artistic circles. Rossetti’s friend Whistler was perhaps one of the most fervent evangelists of Japonisme but they were both also at the forefront of a groundswell of opinion among many artists that a work of art should stand as a beautiful object in its own right, free from the moralising subject-matter which had been the norm in much nineteenth century art. In other words Art for Art’s sake. Rossetti has certainly succeeded in making this work a ravishingly beautiful object.

The Blue Bower is displayed next to a delicious Whistler whose Symphony in White, No. III is as restrained as the Blue Bower is luscious. On the opposite wall the Beheading of John the Baptist by the immensely influential French symbolist Pierre Puvis de Chavannes captures the moment when the executioner, having drawn back his sword – his body taught – is a second away from ending the Baptist’s life. Two other stand-out pieces from this gallery are Claude Monet’s ravishing Church at Varangeville from 1882 and Edgar Degas’ Jockey Before the Race, showing the strong influence of photography.

Perhaps the Barber Institute is not situated in the most convenient part of the second city (unless you happen to live in or around Edgbaston) but it is most definitely worth the effort and you will not be bothered by crowds – more’s the pity. This collection deserves to garner more attention.