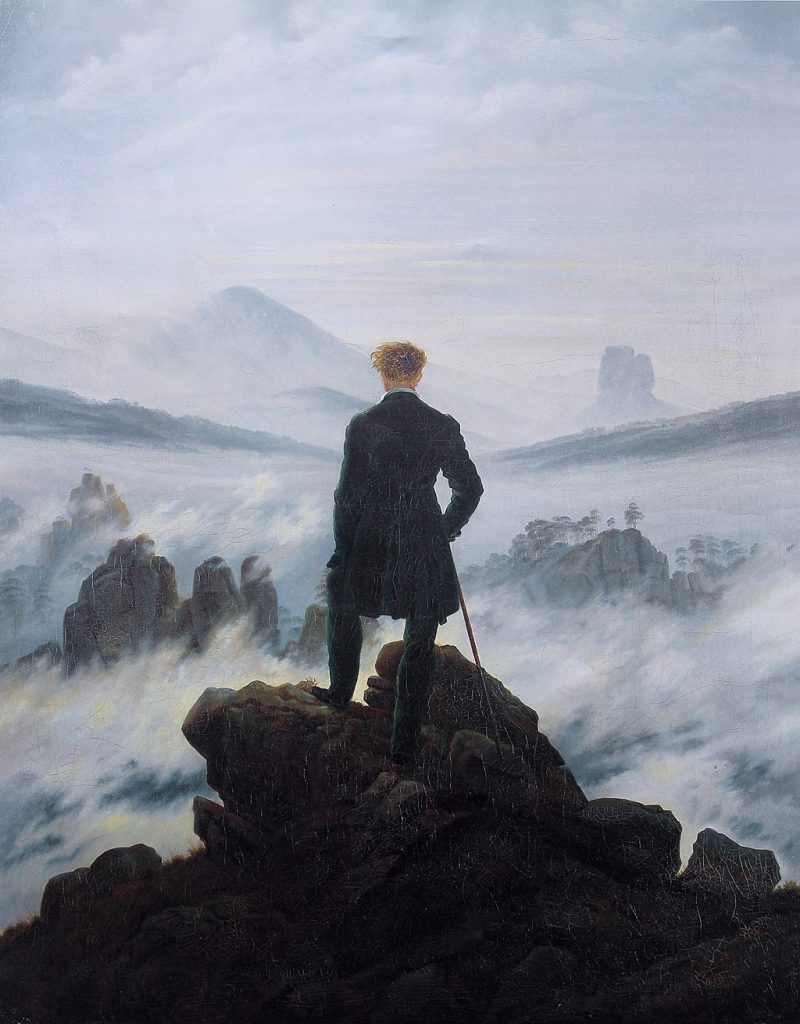 The Napoleonic Wars had devastated much of central Europe and Caspar David Friedrich’s homeland, the Baltic state of Pomerania, had suffered its share of devastation between the terrible years 1806 – 1814. After the defeat of Napoleon at the Battle of Liepzig in 1814 and the convening of the Congress of Vienna, the Austrian Chancellor, Prince Metternich had made sure that those who saw an opportunity for a liberal settlement after the wars were foiled. The result was an upsurge of nationalism among the disparate political agglomeration which constituted the German ‘nation’. This yearning to express German cultural aspirations fed into the rise of a particular brand of Romanticism. Indeed it was in Germany that the idea of ‘Romantic’ art was first promulgated. One strand of this tendency was a new response to nature in the form of landscape painting. This of course was happening in other parts of Europe, not least in Britain. In Germany, however, a strong mystical element gave the work of the German Romantics a special flavour.

Friedrich was at the forefront of this mystical tendency in the treatment of landscape – often in the face of official opposition in Germany to landscape as a valid subject for serious artistic endeavour. Friedrich’s response can be summed up in his assertion that ‘The Divine is everywhere, even in a grain of sand’ betraying a strong current of pantheism in his religious beliefs.

Here, a black clad figure, facing away from the viewer, has ventured to the top of a crag where he surveys a mountainous vista wreathed in mist. The central figure insinuates himself into our line of sight, occupying the space usually reserved for the viewer – this man, with his solidly grounded stance, looking as though he is almost as ageless as the surrounding implacable rocks, is a locum for you. Friedrich produced many paintings featuring such individuals – the Germans have a word for them – Ruckenfigur. The presence of this central character fundamentally changes the viewer’s response to the picture; no longer a ‘mere’ landscape but a deeply introspective, metaphysical statement.

Link to the Kunsthalle, Hamburg