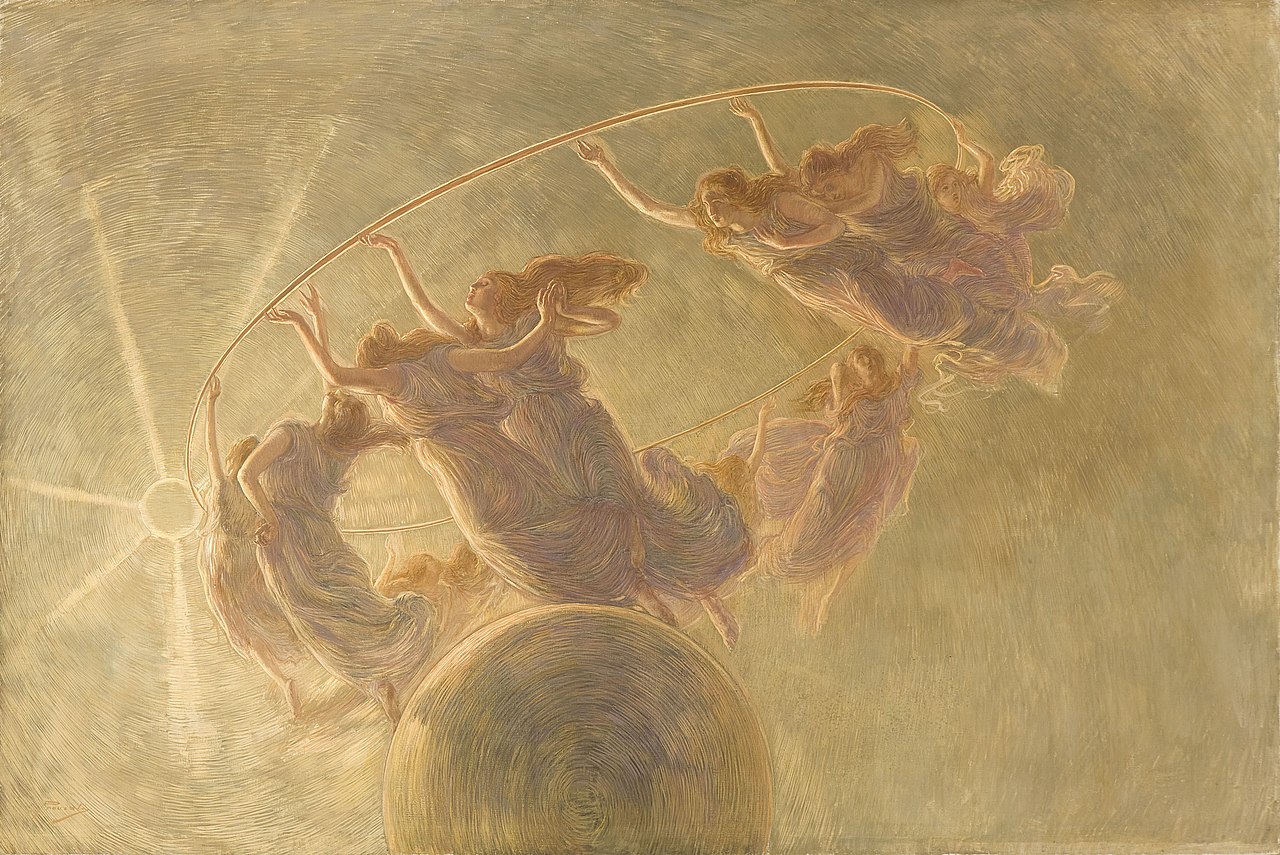 Dance of the Hours, 1899, Milan, Fondazione-Cariplo

The immediate inspiration for the painting was a short ballet The Dance of the Hours which appeared at the end of the third act of the opera La Gioconda, composed by Amilcare Ponchielli. It was first performed in Milan in 1876. But the iconography hails from the classical era – the Hours were goddesses of the seasons in Greek mythology.

The twelve female figures, garbed in gossamer drapes, representing the hours and also personifying the seasons are circling in the cosmic void between the Sun and the Earth – an allegorical reference to the passage of time and the eternal rhythm of day and night by which we count the progress of our lives. The illusion of blinding light from the sun is amazingly portrayed and elicits an almost physical response. The circular threaded brush strokes creates an enveloping luminous aura.

Previati uses his Divisionist technique to bring to vivid life this Symbolist subject combining two of the most influential theoretical art movements of the day. The Divisionism employed by him and his Italian compatriots derives from French Neo-Impressionist theory but using a series of lateral blocks or stripes of paint rather than the ‘points’ used by the French Pointillists.