In 1882 Félix Vallotton left Switzerland for Paris at the early age of 16, attracted by the opportunities for aspiring artists in the French capital which was also the world capital of the visual arts. He eschewed the chance to attend the Ecole des Beaux Arts in favour of the more informal and creative atmosphere of the Académie Julian. Three years later the official Salon accepted one of his paintings.

In the 1890s he became associated with Pierre Bonnard, Edouard Vuillard and the Nabi group. As a result,  his style changed from his earlier crystalline portraits to the use of flat areas of striking colour. But Vallotton went further than his Nabi friends in his use of inventive compositions and audacious colour combinations in his paintings. In part this was a response to his experiments with woodblock printmaking from 1891. Indeed he is credited with reviving the European tradition of woodblock printing but was heavily  influenced by Japanese prints, the availability of which had fuelled the fashion for Japonisme in Paris in the latter part of the nineteenth century. But Vallotton’s bold use of expanses of black were entirely novel.

Vallotton’s prints came to the attention of the Natanson brothers, owners of the La Revue blanche and he was subsequently invited to become their principal illustrator. His strong anarchist sympathies chimed with the political stance of the Revue which was one of the many journals and periodicals to espouse a left-wing stance. This was a period when Paris was riven with anarchist unrest which was met by a draconian government response. Two prints illustrate the pervasive political undercurrent in Paris at this time. The Charge (1893) deals with the police reaction to this unrest. Swords are unsheathed by an overwhelming mass of gendarmes who attack the remnants of a crowd, represented by three unfortunate individuals who have been crammed into the lower extremities of the composition, inducing a sense of  claustrophobic panic. All this takes place in the lower half of the print. The upper half is reserved for the unfortunate souls who have been overrun by the charging phalanx. The same highly personal use of space is evident in The Demonstration (La Manifestation) where a crowd of Parisians are engaged in a stampede, trying to escape the unseen advance of the forces of the state. The faces of some of the crowd can be seen focused on the cause of their anxiety, somewhere ‘out of shot’. Two elderly gentlemen bring up the rear, one of whom is obviously distraught  at the loss of his hat.

In 1899 Vallotton married Gabrielle Rodrigues-Henriques who was the widowed daughter of Alexandre Bernheim, founder of the highly successful Bernheim-Jeune art dealership. This gave Vallotton a measure of financial security and enabled him to concentrate on painting, especially as he now had a guaranteed outlet for his work.

The previous year he had started on a series of woodcuts and paintings focusing on illicit liaisons. Cinq heures (Five O’ Clock) shows a couple embracing on an armchair in an office. The title refers to the time at the end of the working day when the Parisian bourgeoisie might engage in a spot of adultery before going home to their wives or husbands. But La Visite (1899) is perhaps the masterpiece of the series. A woman dressed in a striking violet coat with a shocking pink lapel has just entered the door; she is embraced by her paramour – one hand holding hers and the other, it seems, already gently encouraging her to cross the room towards the open door into the bedroom. The shadow between her and his dark brown suit melds with the wide black hem of her coat and the shadow which extends back upwards encompassing her waist. Perhaps  this is an allusion to the union which is about to take place. And the somewhat jarring jumble of colours and designs in the carpet and rug leads the eye between the red armchair and the blue sofa towards the place where the consummation will take place.

In contrast, The Red Room, Etretat, painted in the same year, is a hymn to domesticity. This charming painting features Gabrielle seated on a red chair in the corner of a room next to a bed covered in a red bedspread set against red walls. She stares contentedly at her offspring while the object of her attention is completely engrossed in the satisfying task of shredding a piece of paper. Surely this must be one of the most delightful evocations of an infant in European art.

Vallotton is the equal of his more lauded Nabi friends and perhaps his output is a little more varied. Vallotton pioneered the modern woodcut, he was a superb draughtsman and his paintings exhibit a unique vision in terms of spatial design and use of colour. The exhibition is a total delight. 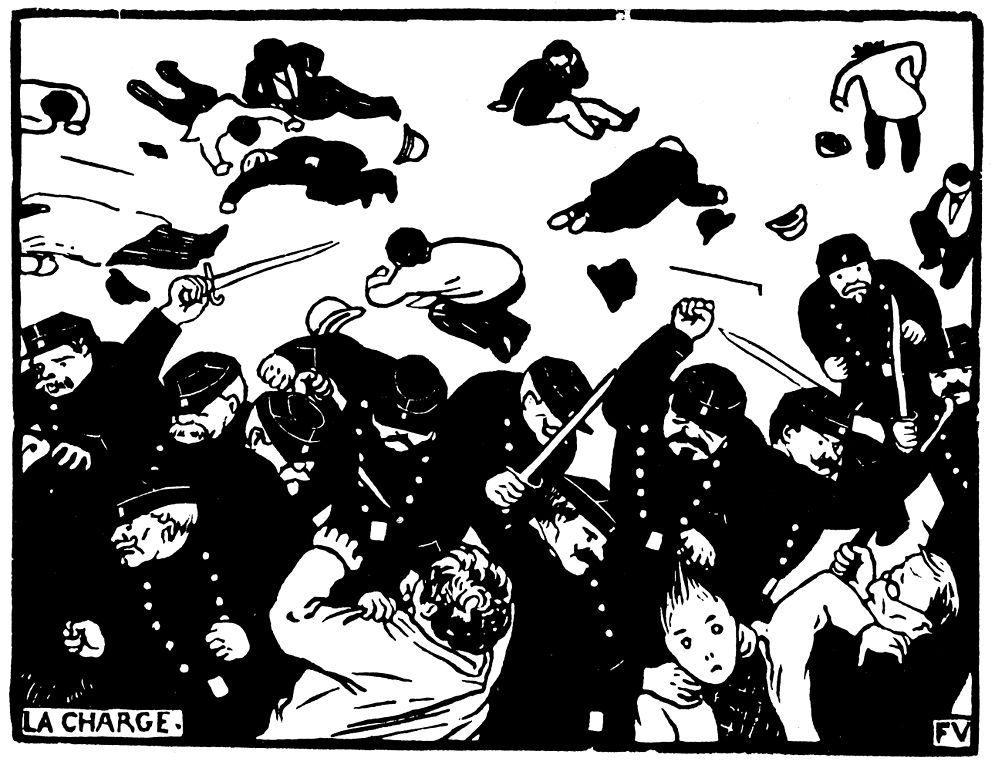 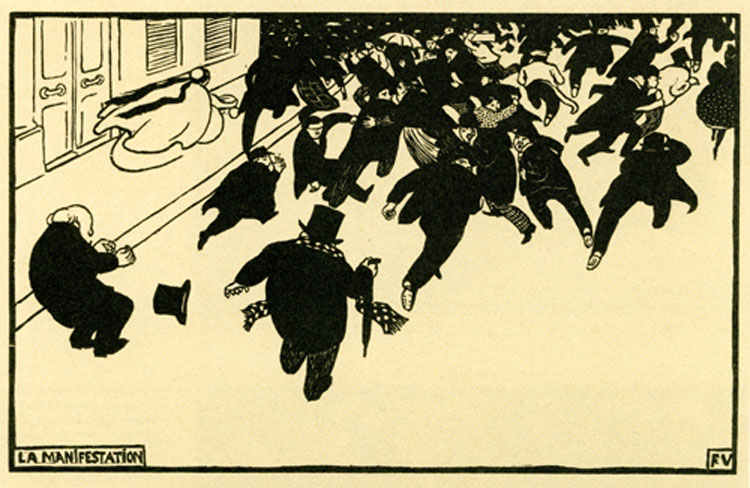 Link to the Royal Academy