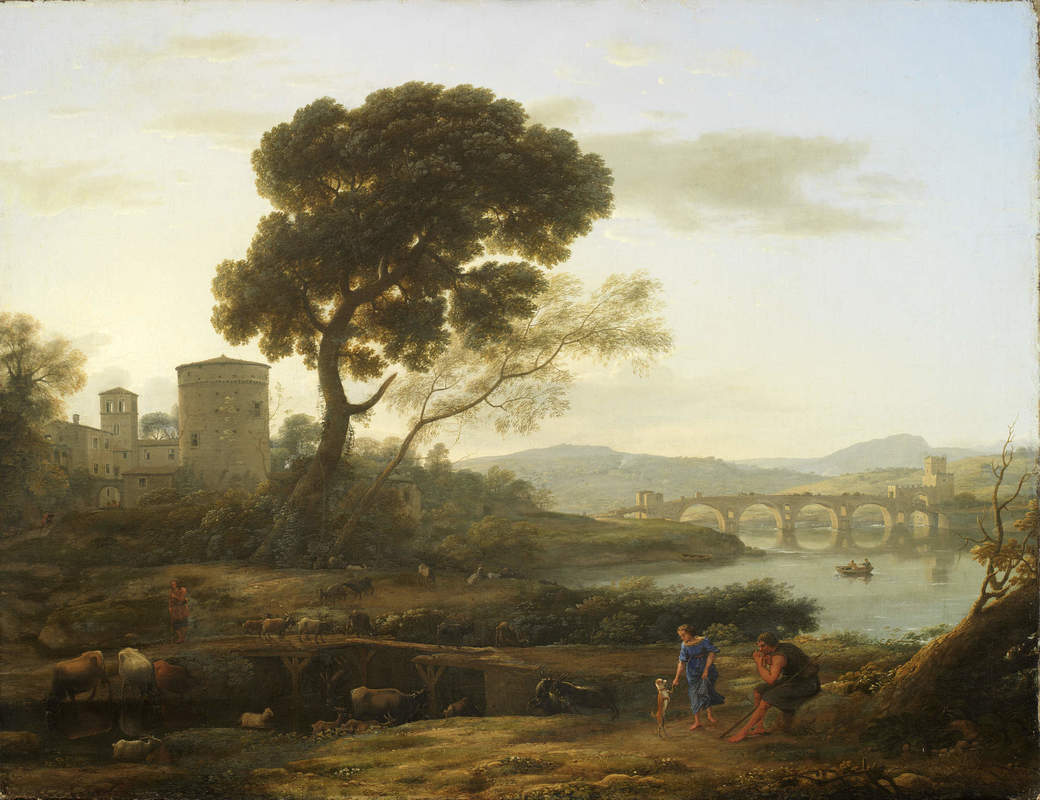 Landscape with the Ponte Molle, 1645, Birmingham, Museum and Art Gallery

This is one of Claude’s most sublime paintings of the Roman campagna. The scene is suffused with the glorious golden light of the setting sun prompting a delicious yearning to experience such a view on such an evening. This is at the centre of Claude’s genius, his ability to create a definitive vision of the Arcadian idyll, or perhaps a flash of recognition in us – firing a synapse to release a long forgotten moment or a favoured memory.

The sun’s disk is obscured behind a central tree – a typical Claudian device. To the right the Ponte Molle spans the Tiber, to the left we see a grand house and a nearby tower. The view of the bridge has been authenticated as accurate but nearly everything else is invented. Scholars have established that the tower is probably based on the Torre Lazzaroni which is not in the vicinity of the bridge. Claude’s compositions were very often constructed from a combination of motifs which he sketched during his peregrinations in the countryside near Rome. This picture is no exception. A number of elements have been gathered – tower, central tree, the River Tiber, bridge – all bathed in that luminous evening light.

Goethe beautifully encapsulates Claude’s genius: ‘The paintings possess the highest truth, but no trace of reality. Claude Lorrain knew the real world by heart, down to the smallest detail, and he employed it as a means of expressing the world of his beautiful soul’.